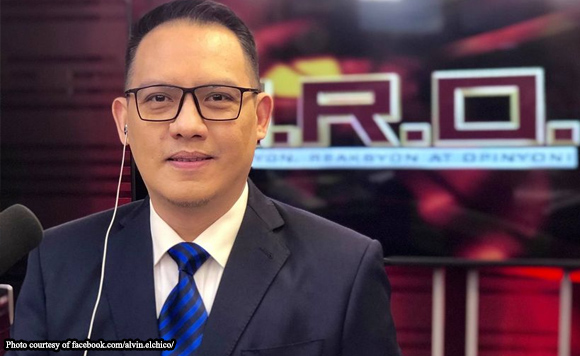 Veteran broadcaster Alvin Elchico was one of those who remained with ABS-CBN following the denial of franchise that resulted in a massive loss for the network.

This Thursday, National Telecommunications Commission hit the network with a new order to recall all the radio and television frequencies of ABS-CBN.

A concerned netizen immediately asked Elchico if they would still continue on broadcasting in the limited channels such as Youtube and SkyCable.

The broadcast journalist immediately answered with a short affirmation, and it was enough to ease the doubts of his loyal viewers.

Elchico is one of the main anchor for TV Patrol, and has also a program with TeleRadyo called ‘S.R.O (Suhestiyon, Reaksyon at Opinyon) together with Doris Bigornia.