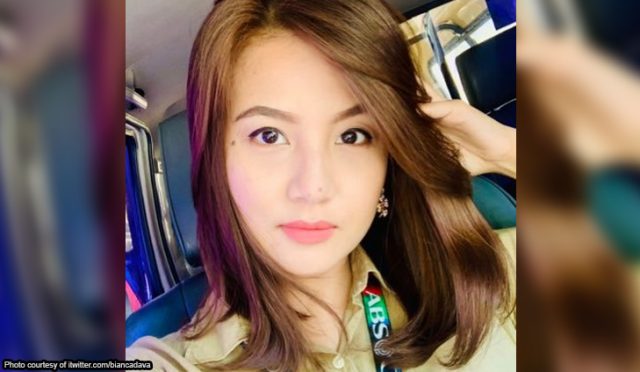 ABS-CBN reporter Bianca Dava had a thing to say with those who backs the shutdown of the ABS-CBN network.

On Twitter, Dava has reacted to a request of Office of Civil Defense administrator Usec. Ricardo Jalad where he appealed to media to spread word about the strength and risk of Typhoon Rolly to different communities.

But several netizens who’s in favor of the ABS-CBN shutdown immediately pounced on Dava, some implying that their network is not the only channel on television and radio.

Dava did not back down and educate a basher that some areas are only reached by the frequency of ABS-CBN.

Dude’s missing the point. This isn’t about you. This is about Filipinos in far-flung areas whose only source of information was ABS-CBN. While the network continues to deliver news, not everyone is privileged enough to be updated on social media. Kalokang thinking ‘yan. 🙃 https://t.co/xFocsFrEbB