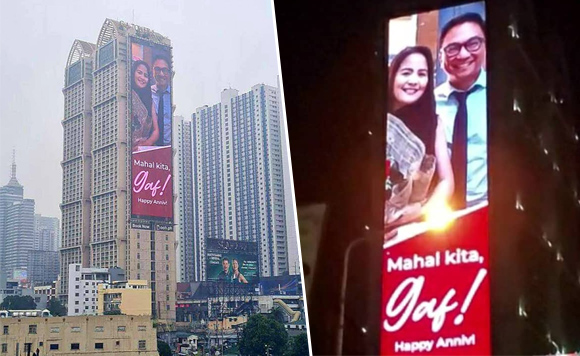 Ralph Calinisan proves how much he loves ABS-CBN reporter Angel Movido through a digital billboard along EDSA.

In a tweet, the lawyer posted a photo of the billboard located at GA Tower 1 in Mandaluyong City.

On the said billboard, motorists and passersby can see the huge photo of Ralph and Angel together, with the words “Mahal kita, Gaf! Happy Anniv!”

A static billboard can also be seen along Makati as part of the anniversary greeting of Calinisan to his fiance.