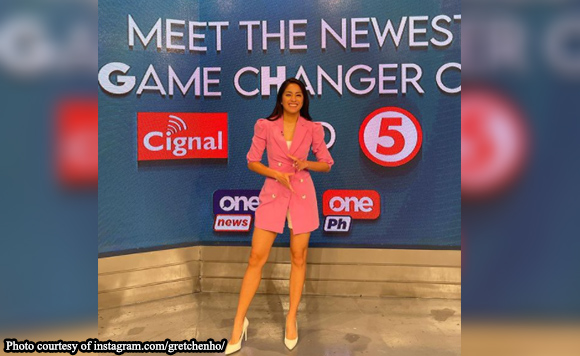 Gretchen Ho has been with the Kapamilya network back when she was still punishing players in the volleyball realm up until he discovered that she has a knack in broadcasting.

But that chapter of her life comes to a close as she now leaves ABS-CBN.

Gretchen thanked ABS-CBN for giving her a chance to grow in the media industry, and will now venture into a new role for TV5.

“I have nothing but gratitude for the network that helped our sport grow leaps and bounds, in the same way that they have helped me grow from being an athlete, to being a host, to being a news person,” said Gretchen.

She will be the new anchor for ‘Frontline Pilipinas’ that is headlined by Raffy Tulfo, and would also be given the opportunity to produce her own show, ‘Woman In Action’.