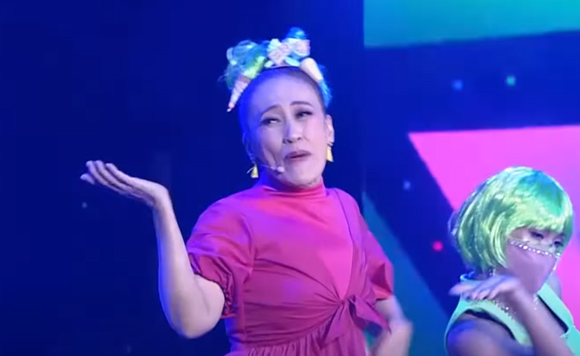 If AiAi delas Alas wants to cover a Blackpink song, she should first memorize the lyrics instead of mumbling gibberish words.

That is the sentiment of former ABS-CBN reporter Kevin Manalo after the ‘Lovesick Girls’ cover of the comedian on ‘The Clash Christmas Special’ was made viral on social media.

Manalo stated that the attempt of Aiai to sing a K-pop song was ‘neither funny, nor entertaining’.

“I don’t understand why Ai Ai is being allowed to make fun of a Kpop song on live tv,” exclaimed Manalo.

He also suggested that Aiai should have just danced if she intends to spoof the said K-pop girl group.

Maybe some people find it funny kaya paulit uli niya ginagawa. I don’t know. But for me, at least make an effort to learn the song by heart especially if you are a self proclaimed fan.