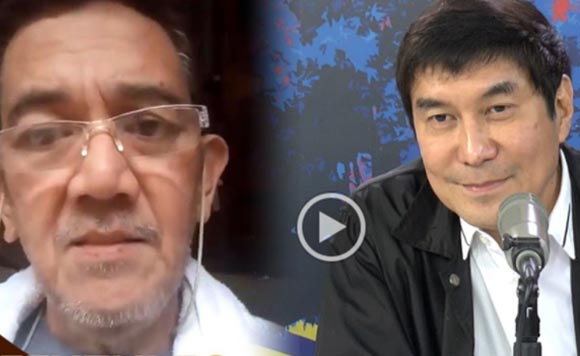 Raffy Tulfo proves that he does not forget those who helped him back when he was still a humble broadcaster.

On one of the episode of ‘Wanted sa Radyo’, Albert Cortez, who was his former director for several of his shows like ‘Philippines Most Wanted’, ‘Task Force Siyasat’ and ‘Isumbong Mo (Tulfo Brothers)’, reached out to Raffy to seek help amidst the COVID-19 pandemic.

Raffy immediately recognized his former director and started reminiscing about their past works back when he was with TV5.

The Youtube sensation, knowing the poor situation of Cortez, offered a job as one of his video editors for their content, but due to old age, the ex-director politely declined.

Recognizing that Cortez helped him to reach where he is now, Raffy willingly helped Cortez and offered a pension worth 20,000 a month for one year, which made the later teary-eyed.

The veteran broadcaster immediately asked his staff to hand over P240,000 to his former director and hopes that the money will help to start a new business and survive the pandemic.