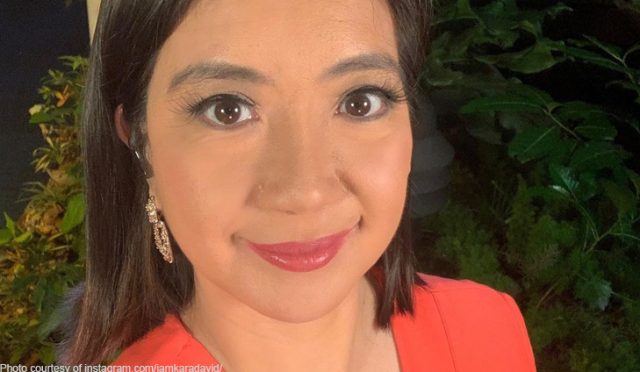 Kara David endeared herself to many Taylor Swift fans when she picked a song from the country singer to be featured in her script writing tutorial.

On one of her videos, the GMA documentary maker dissected the ‘Champagne Problems’, one of the new songs from Taylor’s album Evermore.

The journalist explained the concept of using ‘present-past-future’ timeline in script writing, which was also one of the elements used in the said song.

David also shared that her favorite singer is Taylor, and even did a song cover before of ‘Blank Space’.

Shoutout to all the swifties! Singing along to my favorite TSwift song with the hubby 😂
Starting this week, our regular saturday night gigs will be on this platform. Just click this link: https://t.co/TKy5MCsdVe #Swifties pic.twitter.com/rEraKmuV08