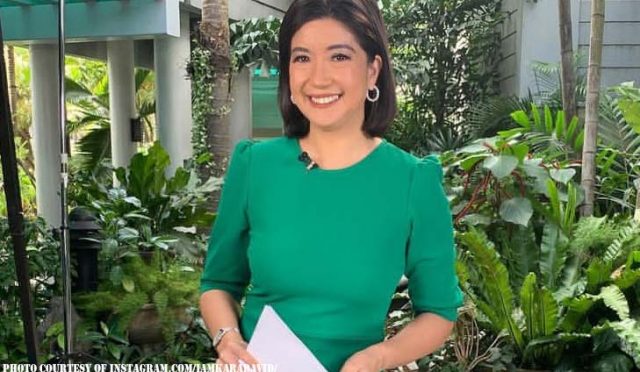 Kara David is notably one of the premiere journalists not just within GMA-7, but in the entire pool of news personalities in the country.

But who would have thought that Kara also had a hard time making a name in the media industry?

On an episode of GMA Digital Specials, David shared that she was rejected so many times before being hired as a PA/researcher in 1995, although she originally applied as a reporter/writer.

But a major ferry accident came in 1995 when MV Kimelody Cristy caught fire.

Kara said that she was the only one on duty in their office when Jessica Soho called looking for a reporter.

That was her first taste of being on field, seeing people struggling to survive because of the catastrophe.

Being on the scene, she noticed one grandmother crying and saying that her husband had died because she left him to save a kid who was a stranger to her.

But after hours, Kara shared that the husband of the grandmother was still alive.

“I was so moved by the story, I decided to write a script,” said Kara.

She then passed the script to Jessica Soho and acknowledged the knack of Kara for news writing.

“And she proceeded to read my script on air,” told Kara.

She was immediately promoted from a PA/Researcher to a writer, and her break as a reporter came when she was tapped as a standupper for man on the street material for APEC Summit.