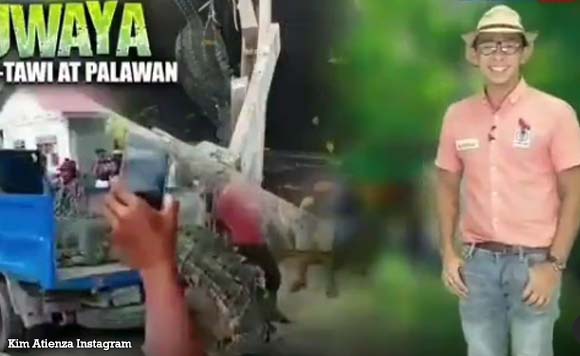 Want to know why crocodiles are often associated with government officials? Kuya Kim Atienza got you covered.

On his trivia for the day on ‘TV Patrol’, Kuya Kim talked about the amphibious carnivore and explained some of its habits after it’s done eating.

A netizen noticed the interesting trivia and recorded it tagging Kuya Kim on Twitter, and reiterated that he is only stating facts.

True. After crocs eat, they rest and sleep for days and hunt for the next meal only when the last one is digested. Walang labis, walang sobra. #kuyakimtrivia https://t.co/30hZo858nG