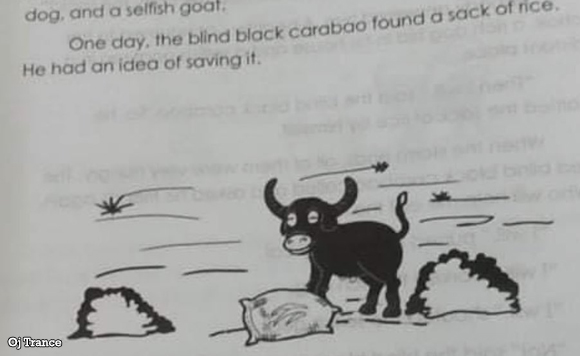 News5 was criticized for picking up a viral Facebook post regarding a learning module from the Department of Education about a blind carabao finding a sack of rice.

On the said post that was shared by Oj Trance, it implied that there is something wrong with the module for saying that the carabao found the rice even if it was blind.

The comment section was bombarded by netizens who said that there is nothing wrong with the module and called out News5 for sharing the said post.

Paolo Capino, a columnist for Daily Tribune, said that the staff of News5 should apologize to the persons with disability (PWD) community for pushing the said issue.

The editor-in-chief, the writer and editor of News5 should apologize to Persons With Disabilities. I didn’t bother to read the original post from the netizen but I expect more from writers. I will just dissect this post. pic.twitter.com/rmwgMBeqFD

He also described the post as “News 5’s attempt at humor is a poor correlation with the popular sentiment of netizens attacking DEPED modules.”

On a separate thread, Capino said that with News5 not deleting the controversial post, it is violating the Republic Act 9442 or the Magna Carta for Disabled Persons.

“As an ordinary citizen and a member of the PWD community, I may have to take that news organization to task in a court of law,” added Capino,