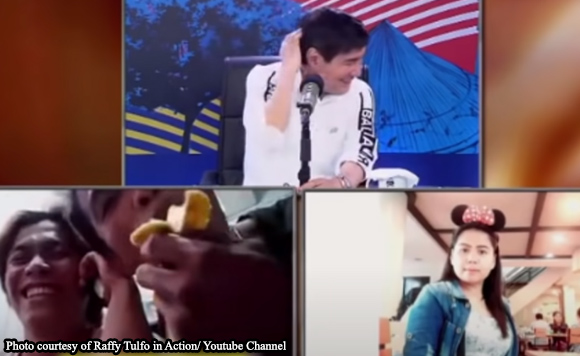 Raffy Tulfo can’t help but to laugh uncontrollably because of his complainant.

On one of the ‘Wanted sa Radyo’ episodes, the public service host received a typical concern involving a banana vendor who was allegedly cheated on by his wife.

Jenes Miones then began to complain on how he was being called ‘unggoy’ or monkey by his wife, Rowelyn Miones, and her family.

On one portion of the program, Jenes cooly eats a banana while his wife was shouting on the other line.

This made Raffy spit his coffee and laugh hilariously.