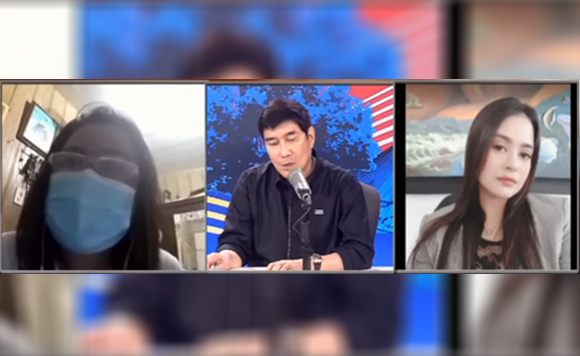 Public service host Raffy Tulfo put a young half-Lebanese girl in hot waters after knowing that his family’s photo was being sent on a group chat and claiming that she is a longtime family friend of Tulfo.

On ‘Wanted sa Radyo’, Idol Raffy explained how he was connected to a certain Mariam Abdallah because of the mother of her husband’s twin sister.

They accepted the offer and it turned out that the wife of the hairdresser’s son was the sister of Mariam.

On the screenshot of a conversation, Mariam also said that she was an endorser of the businesses of Tulfo’s children, in which the host vehemently refuted.

Mariam was being complained about a company where she works, Netwerx Online, for charging P1,299 and not giving an official receipt. The complainant also pointed out the registered address on the company’s website was backtracked to be an office of Bureau of Internal Revenue.

According to the complainant, the said company offered jobs for English online teachers, but they have to pay the said amount for the training.

Tulfo also found out that the said company was not licensed to offer online school teaching as they are registered as a ‘retailer’ with the Business Permits and Licensing Office.

Mariam defended the company and said that they are not centered with ESL (English as a Second Language), but rather offer different services.

Speaking to Atty. Garreth Tungol, a case of syndicated and large case estafa can be built on the evidences presented by the complainant, which is non-bailable and can be sentenced to life imprisonment.