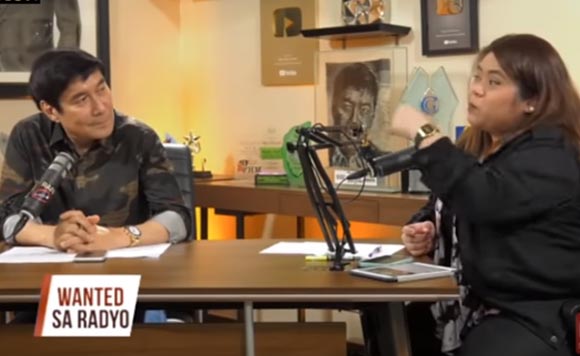 Halloween came too early for Raffy Tulfo’s staff and viewers as a haunting voice was suddenly heard on one of his videos.

‘Idol’ Raffy immediately made a separate video from his content ‘Naiyak si Mr nang madiskubre ang lihim ni Mrs at ng 2 nilang kapitbahay’ after it went viral for a female voice speaking in the background.

Netizen said that they heard the phrases ‘give and take’ and ‘kill her’ from the voice, that the staff didn’t know where it came from.

According to his staff, it was not the first time that they encountered something creepy on their new studio.

They claimed that there are times that the door knob moves on its own, as well as they can hear some foot steps.

You can watch the episode below and judge if it’s really a ghost really made an appearance on Tulfo’s hit content.