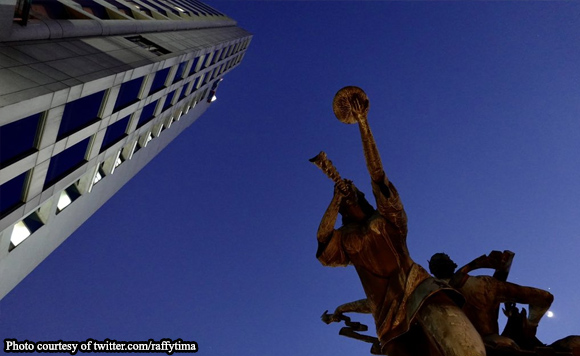 Along with the breathtaking photos, Raffy Tima shared some facts about the magnificent statue erected outside the GMA Network Center.

According to the veteran journalist, the said sculpture is called ‘Beyond Broadcasting’.

Tima described it as ‘a constant reminder that our work goes beyond broadcasting.’

We simply call it Estatwa or Castrillo.
But its name is “Beyond Brodcasting”, a masterpiece of the great late Eduardo Castrillo, a constant reminder that our work goes beyond broadcasting.
GMA, the Moon, Jupiter and Saturn says good evening. pic.twitter.com/ZuTZ8n1q89

The said sculpture was first unveiled last 2000 to commemorate the 50th anniversary of GMA-7.

It was made by Eduardo Castrillo, a renowned sculptor who also made some historical masterpiece like the People Power Monument.