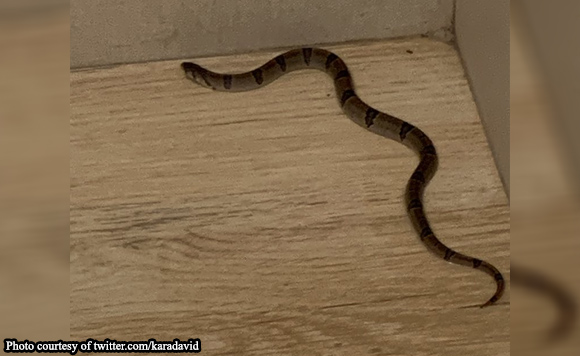 A snake greeted Kara David first thing in the morning.

On a tweet of the Kapuso journalist, a snake—which Kara assumed to be a baby phyton— was seen slithering inside their bathroom.

David did the right thing and released the snake back into the forest.

“Don’t worry the snake is ok, we caught it and put it back in the forest,” said David, while putting the hashtag #protecttourwildlife.

Woke up and saw a snake in our bathroom. Could it be a baby python? Don’t worry the snake is ok, we caught it and put it back in the forest ❤️🐍 #protectourwildlife pic.twitter.com/6Ntq3QkzKv